Biffi confirms Main Sponsor of the 18th ‘Premio Cairo’, a prize edited by the board of the editorial ”Arte”. The XVIII Premio Cairo will be held at the prestigious exhibition halls of the Royal Palace of Milan. Appointment from October 24 to November 1, 2017 to get to know the winner of the Cairo 2017 Prize and to see the works of the twenty under-40 artists selected by the Editorial ”Arte”. Premio Arte, at the XXVI edition, has always been the goal of discovering and enhancing the new artistic talents. All non-professional artists, including students from academies and art schools, may not participate at the Prize, which have not been exhibited in personal personal exhibitions. The Prize is divided into four sections: Painting. Sculpture. Photography. Graphics / Computer Graphics. Each of the winners of the four sections (painting, sculpture, photography, graphics / graphics computer) will be assigned a Gold Plate. BIFFI AWARD. Among the four winners of the Golden Targets, Formec Biffi – sponsored by the Arte 2016 Prize – will choose one of whom, in his unconditional discretion, will award the Biffi Prize. The prize is: on a one-week study trip with the Central Saint Martins School of Art in London; in the exhibition of the winning work of the Biffi Prize in the Biffi Arte gallery in Piacenza from the week following the end of the Art Prize. Participation in the Art Prize automatically implies the permission to reproduce the winning work of the Biffi Prize on the Panettone Biffi, distributed on Christmas 2017. 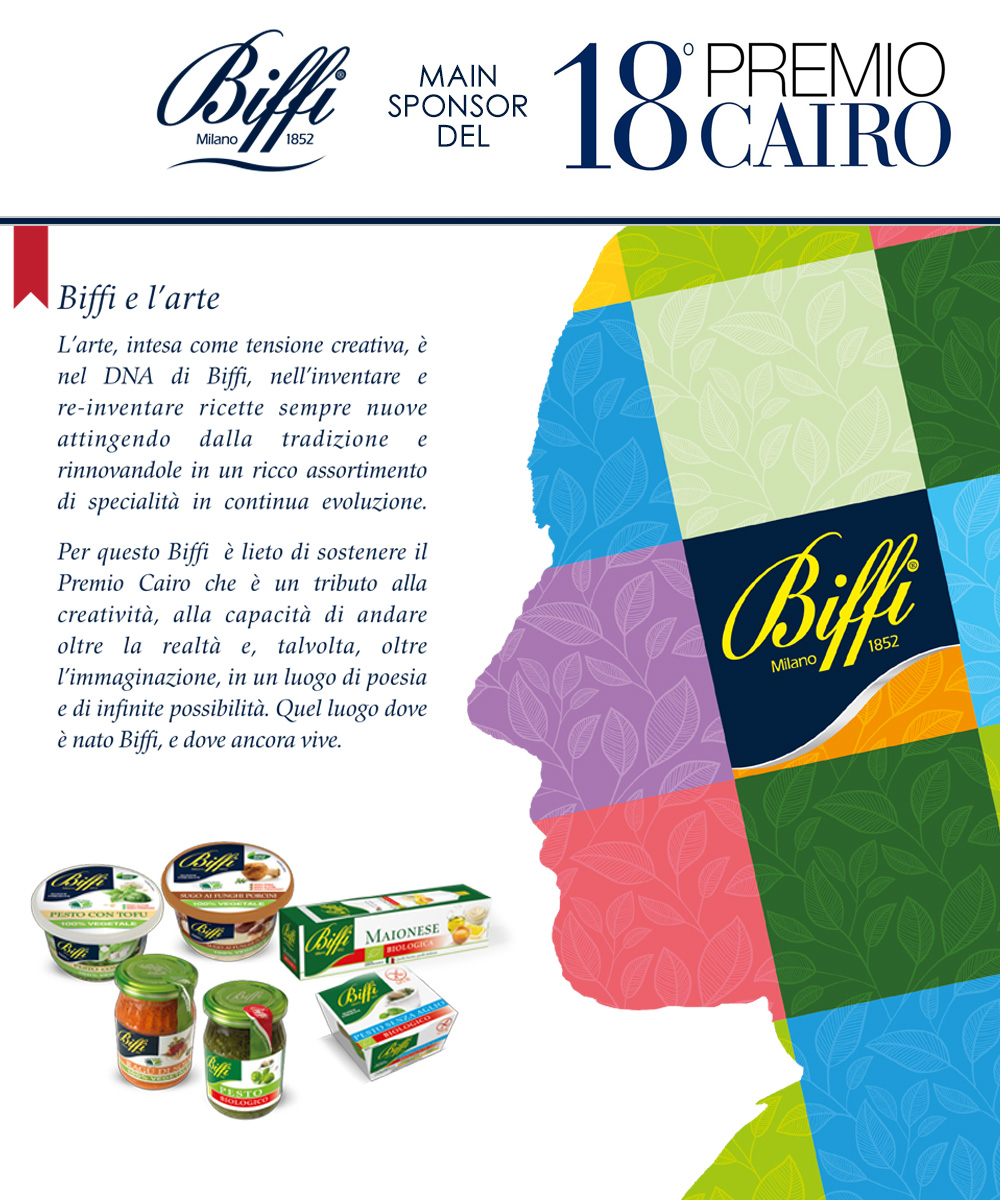